We’ve all been there before: our resume piqued the hiring manager’s interest, we passed the phone interview stage and have met the entire team during the in-person interview. And then – radio silence. What went wrong? Was it something you did or said, or did the hiring manager just come across a more qualified option? 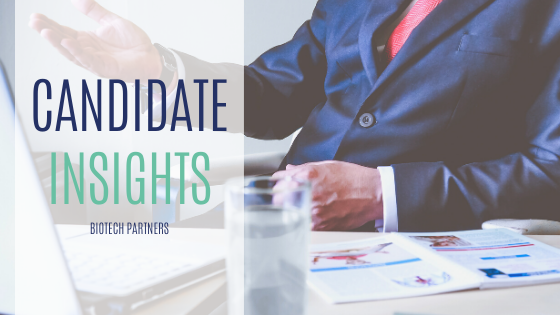 Sometimes it’s true that another individual beat you out for the role, and the organization “forgets” to let you know. And sometimes the open roles’ responsibilities shift, or the job disappears completely. Yet you can’t always rule out the possibility that there may have been something you said or did that concerned the hiring manager – or worse.

Being Late or Missing an Interview

The cardinal sin during a job interview process is to be late or miss an interview completely. If this happens to you for a legitimate reason (aka you got hit by a car as you were crossing the street to the interview and had to be rushed to the hospital), it is worth an explanation to the hiring manager to see if anything can be rearranged. But in many cases, there is no way to salvage this situation and you should probably move on.

Being Too Early Can Also Irritate Your Future Boss

If you arrive to an interview thirty or more minutes early, that can be just as much of an issue as if you were to show up late. It is a clear indicator that you don’t respect the hiring manager’s time and could come off as if you are a high maintenance individual who doesn’t respect boundaries. Arrive to an interview ten to fifteen minutes early, but no earlier or later!

It should go without saying, but it is essential that you maintain proper hygiene leading up to an interview (and on a regular basis) and choose your clothing with care. Whether you like it or not, first impressions decide a lot during an interview process, so be sure to do a little research to determine what the company culture dress looks like and try to mimic it as best you can.

Distractions Such as Phone Calls or Texting During the Meeting

Turn off the volume for your cell phone prior to even entering the company’s office and resist pulling it out for any reason, even if it’s just to check the time. Give the interviewers your undivided attention throughout the meeting, even if they are not giving you the same consideration.

It’s very easy to get comfortable with certain interviewers, and as the two of you are sharing this friendly exchange, you let it slip just how awful your last employer was. Was it a justified notion? Possibly. But this is still a red flag to all potential employers, since it sets you up to look like a disgruntled employee before an issue has even been presented. Keep all bitterness to yourself and maintain a dissociated attitude about any past experiences and jobs.

Asking About Perks and Vacation Time

It may seem like a harmless question as you wrap up an interview, but all vacation, office perks and other “extra asks” should be discussed after a job offer has been extended. Otherwise, it doesn’t necessarily matter if you get ten or fifteen vacation days and can bring your dog to work.

It can be easy to get too comfortable during an interview or miscommunicate your intentions and interest to the hiring manager. And while many of these concepts seem obvious, they are note-worthy because so many candidates are still making these common mistakes. The next time you head into the interview, prepare for both the good and bad scenarios in addition to reviewing the company’s website for all the important things you’ll need to know! You can also get some great insider tips when you work with Biotech Partners.

Biotech Partners finds the talent that finds the cure. From helping you find the perfect life sciences candidate or matching applicants up with their dream role, you’ll find Biotech Partners committed to your success.